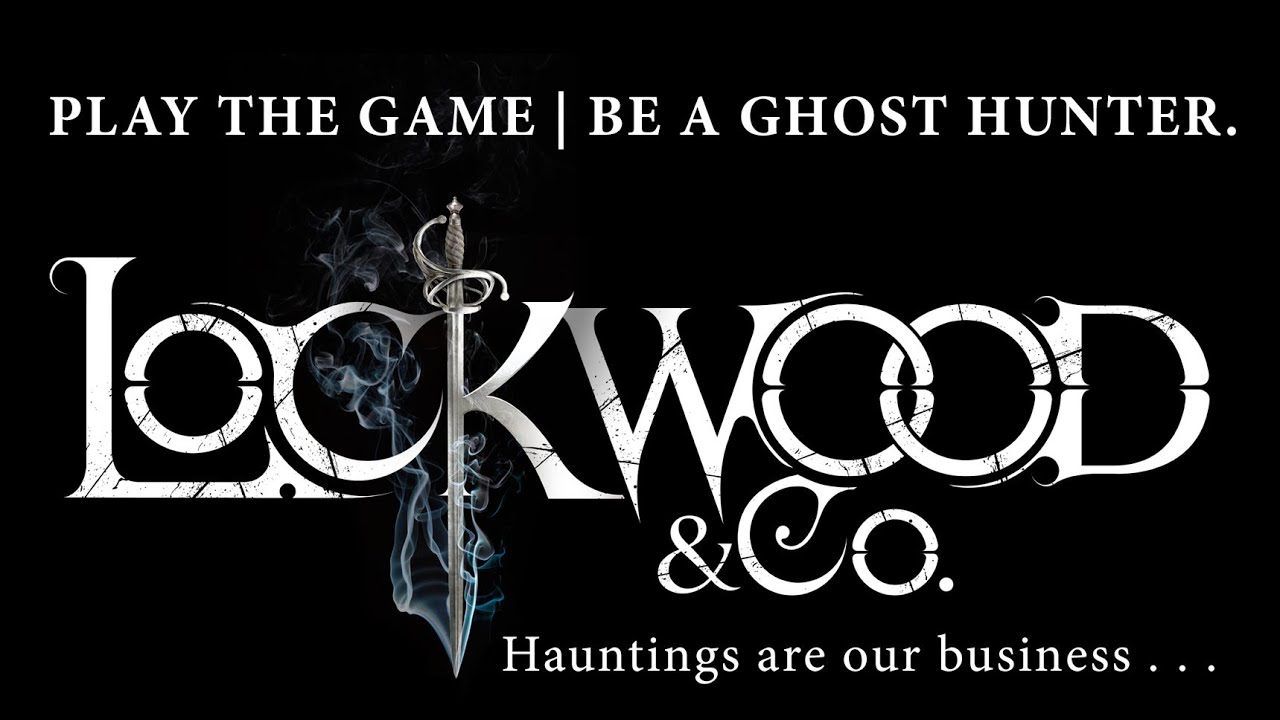 On Monday afternoon I managed to finish this jewel of a fantasy series. It is such a comfort read because the characters are at times insanely funny, their interactions filled with sarcasm and witty remarks, their affections towards each other unwavering, yet each one is so clearly fleshed out that you can’t help but picture them sitting right there beside you, watching over your shoulders while you read.

I read the final three books in the series while away on holiday and loved all of them. The cases which they investigate are so creepy (especially the one with the cannibal!) that I was afraid to read the books before bed. Character development can be spotted immediately if you read the books in succesion and I love that the reader gets to grow up with Lucy, Lockwood and George (who is by the way my favourite character in the books).

The arc of the series and the overall plot was genius! The revelation at the end of book 4 was just shocking and it plays nicely into book 5 where we finally get closure. That ending by the way, of book 5 and with it, the series – it made me very happy indeed. I also loved the fact that we got to see Lockwood’s story because if it would stay a secret, I would be mad as hell.

I’m quite sad to have read the entire series but then again I can just pick up the first book and start rereading it. Before I started book 3, I was quite disappointed with the YA genre in general because I’ve read the second book in the Grisha series and it was SO BAD! It just made me furious that this series gets so much recognition and praise when it’s written so poorly. Luckily Locwood and Co. delivers on a much higher level and it is superb.

I would highly recommend this series to fans of YA fantasy literature because although it’s not your typical story (there is much less romance for example, but the moments that are included are HEART WRENCHING), the characters are for example a bit younger when we first meet them, it is still essentially a YA paranormal series and the writing is BRILLIANT. Stroud is a master of his craft. So forget about the shitty Grisha-like stories and try this one instead – you might just find yourself with a new best friend.

In the six months since Anthony, Lucy, and George survived a night in the most haunted house in England, Lockwood & Co. hasn’t made much progress. Quill Kipps and his team of Fittes agents keep swooping in on Lockwood’s investigations. Finally, in a fit of anger, Anthony challenges his rival to a contest: the next time the two agencies compete on a job, the losing side will have to admit defeat in the Times newspaper.

Things look up when a new client, Mr. Saunders, hires Lockwood & Co. to be present at the excavation of Edmund Bickerstaff, a Victorian doctor who reportedly tried to communicate with the dead. Saunders needs the coffin sealed with silver to prevent any supernatural trouble. All goes well-until George’s curiosity attracts a horrible phantom.

Back home at Portland Row, Lockwood accuses George of making too many careless mistakes. Lucy is distracted by urgent whispers coming from the skull in the ghost jar. Then the team is summoned to DEPRAC headquarters. Kipps is there too, much to Lockwood’s annoyance. Bickerstaff’s coffin was raided and a strange glass object buried with the corpse has vanished. Inspector Barnes believes the relic to be highly dangerous, and he wants it found. (blurb taken from Goodreads)

Jonathan Stroud’s writing is filled with magic and great character development, but I still think there was something missing in this book. I much preferred The Screaming  Staircase because it was more character driven and the plot was just absurdly genius. This book however… I still liked it, don’t get me wrong, I just didn’t fall in love with it quite the same way.

The ending was utterly shocking, but then again so was the ending of the first book. What Stroud does so well is he creates this incessant need for his books, like you just have to read the next one or else you’ll burst with anticipation. That is a brilliant way to write a series because it urges the reader to go on and continue with it.

Lockwood, Lucy and George are still one of my favourite characters of all time but I felt like they had a side role in this book. There was a lot of insinuation regarding Lucy and Lockwood (YAAAS!) and I kept waiting for something to happen and nothing did. You better not disappoint me in the third book, Stroud! George was as awkward and lovable as ever and he is just the central part of this group in my opinion.

Some scenes were so outrageously hilarious, I laughed at loud till I started crying! Stroud is such a funny author, I adore his humour. The plot line was a bit predictable, especially the identity of the villain, I had a hunch about them from the beginning. It wasn’t as scary as the first book, which was also a bit disappointing (and I dislike scary books!). That extra something just wasn’t there for me.

I am really curious to see what happens in the third book, especially after that shocking ending! And I do hope we see Lucy and Lockwood’s relationship progress (oh, please, please, please). Despite the fact that this is classified as YA, I think fans of fantasy will adore this series. It has just the right amount of humour and action and the characters feel like family when you read about them.

I’m not a fan of ghosts, let me point that out; in fact, they terrify me. They terrify me even more now I’ve finished reading this wonderful book. At one point I even called my dad to casually ask him when he’ll be coming home because it was getting dark and I was afraid of being alone in the house. Despite the fact that it scared me (a lot) at times, I really enjoyed reading this book.

The novel is a non-typical ghost story, in which Britain faces the Problem a.k.a. the growing number of ghosts and their attacks on humans. Since adults can’t see them, teenagers are the front line of defence.  Lockwood  & Co is a young agency, whose mission is to identify and dispose of all kinds of apparitions and ghost. The head of the agency is a young agent called Anthony Lockwood, who transformed his family home into both his office and a home for Lucy and George, his employees. The trio fights to keep the agency afloat after a terrible accident pushes them deep into debt.

In order to save the agency Lockwood takes on a risky case; to identify and get rid of ghosts in the most haunted house in Britain. However, when Lucy and the boys finally arrive at the manor, things start to quickly unravel and they learn just who their employer really is and what were his motives for hiring them. The ending of the novel is more than intense; it ends on a cliff-hanger that basically defines what a cliff-hanger is supposed to be.

The writing flows effortlessly and I fell in love with the main characters. Lucy, Lockwood and George were funny and moving and they make their own little strange family that sticks together no matter what. I loved reading from Lucy’s POV, it really made the story feel more personal. The book was scary at times but I just pushed my fears aside because I had to finish reading it.

The mystery could do with a bit of work, I felt that it was resolved too quickly. My personal favourite was the dynamic between the three friends and Lucy’s story. They work so well together and I think their relationship will only evolve and improve in the next books. And what happened between Lucy and Lockwood at the end?! I’m kinda rooting for George, though. The two just annoy each other so much they would make a cute couple.

‘George,’ I croaked, ‘are you okay?’
‘No. Someone’s buttocks are flattening my foot.’
I shifted my position irritably.